Knowing What Fish To Eat In Vanuatu Can Be A Lifesaver

Did you know ciguatera fish poisoning is the most common seafood illness reported in travellers?

Many people visiting Santo and Vanuatu for the first time are unaware that many reef fish in the area contain ciguatera, a nasty toxin produced by tiny marine plankton that adhere to coral reefs and algae. Travelling and eating safely in Vanuatu depends on knowing which foods to avoid and reef fish should be high on your list.

In terms of ciguatera poison, you can’t smell it or taste it and the toxin can’t be destroyed by cooking, smoking, freezing or salting the fish. It’s concentrated mostly in the fish liver, intestines, heads, and roe. Click here for more 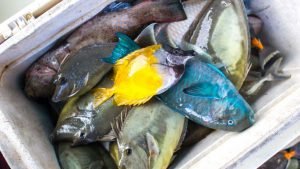 information.  Ni-Vans will tell you to stick a piece of the fish on an ant’s nest and if the ants or the flies don’t touch it then don’t eat it! However, we don’t recommend this as a tried and tested option for eating reef fish Vanuatu.

Generally the more degraded the reef systems, the greater the chance of fish in the area having ciguatera, so be especially careful around the main islands of Port Vila and Santo (the more isolated outer islands are far less likely to have issues with ciguatera). Shellfish seem to be unaffected by ciguatera so you are OK to eat lobsters/prawns etc.

Symptoms include abdominal pain, nausea, vomiting, diarrhoea and a bizarre condition called temperature reversal, where hot feels cold and cold feels hot! It’s a cumulative poison so the more you eat, the more it builds up in your system. While ciguatera doesn’t generally kill you, you will wish you were dead if you get a big hit of it! There is no known cure but there are some traditional treatments including eating activated charcoal, drinking mannitol or boiling up the leaves of the octopus bush (small ornamental shrub found mainly near beaches) -mostly you just have to ride it out.

Our top tip to eating safely in Vanuatu is to avoid eating any large reef fish (over 3kg) like barracuda, parrot fish, coral trout, sea bass, red snapper, grouper and kingfish. Stick to freshly caught deepwater fish like the local snapper (poulet), tuna, mahi mahi to name a few and you’ll be fine. Eating reef fish Vanuatu style is simply a case of knowing what to look for and what to avoid.

Finally be aware that many local fishermen do not use ice, so whenever you buy a fish at the market or out of an esky make sure it is fresh – look for bright clear eyes and bright red/pink gills – if it smells too fishy and looks too old don’t eat it!

For more information on safe travelling in Vanuatu see here . 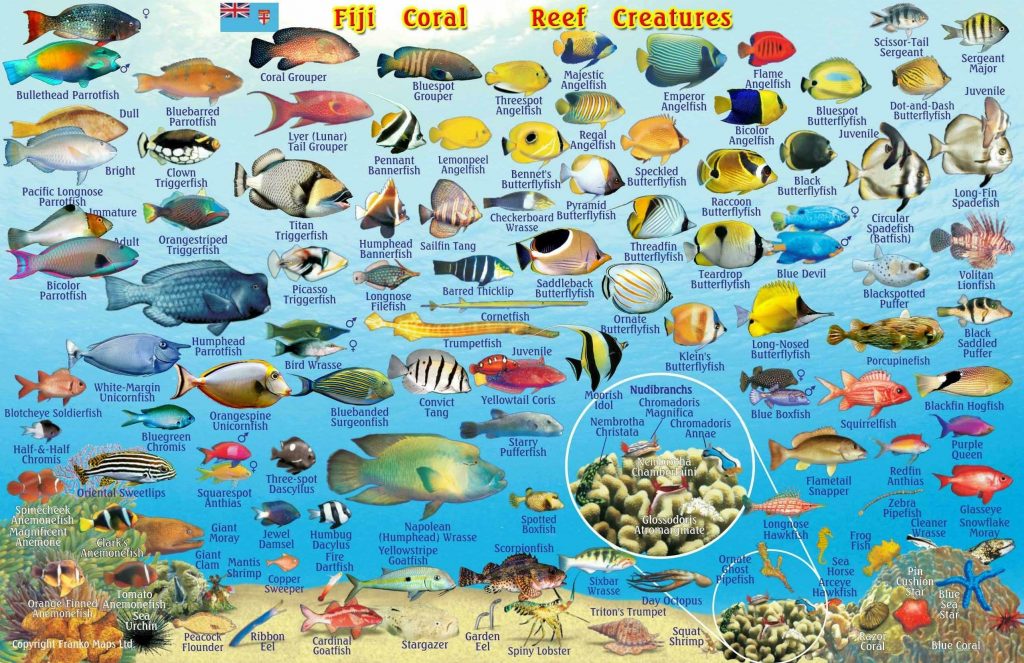