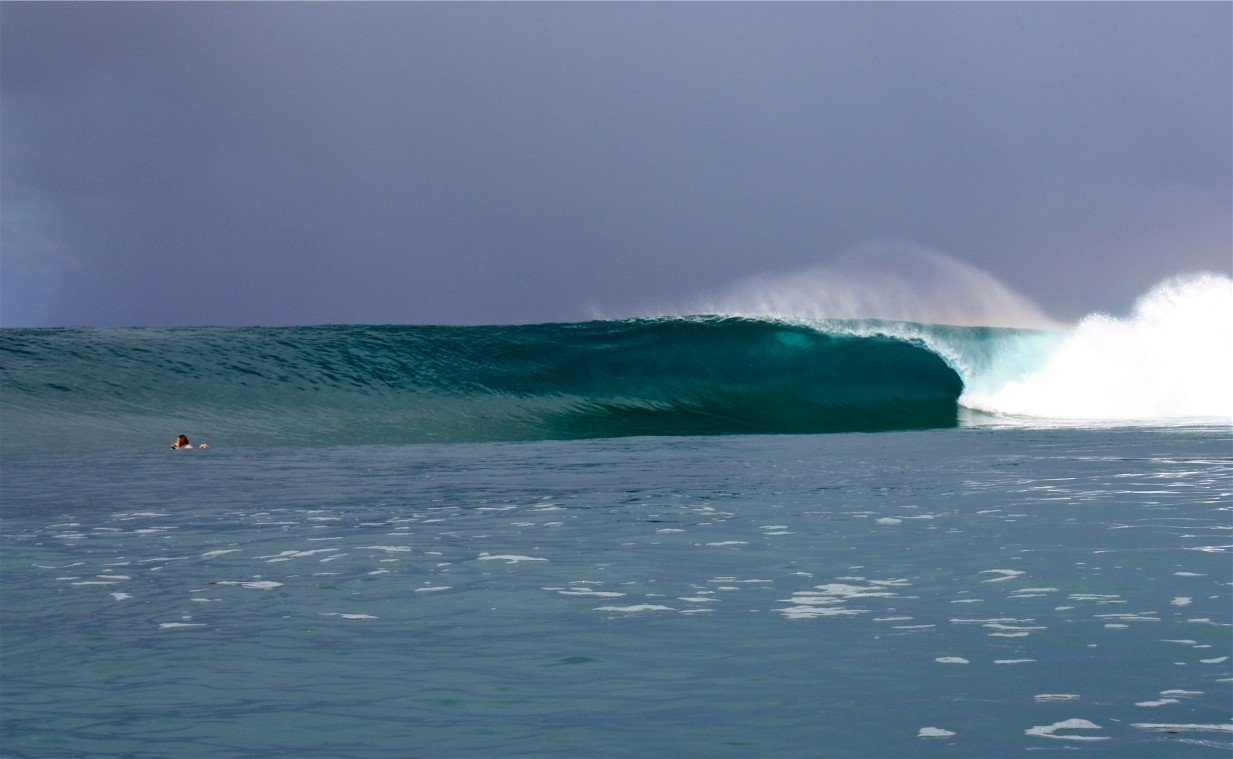 “You can see and hear the waves at Turtle Island on Santo crashing on the reef from your balcony, it’s one of surfing Vanuatu’s hidden secrets”

Contrary to popular belief Vanuatu has some awesome surf breaks scattered around the islands, you just have to know where to look for them! Erakor Point, Eratap, Cookies Reef, Breakas, Port Resolution, Pango Point and Fishermans on the main island of Efate are probably the most well known of these (click here for more info).  There’s also a break on Tanna at Lenakil. Most are fairly uncrowded with only a handful of local surfers and some keen ex-pats surfing Vanuatu waves. The best time to surf these southern facing beaches is from March to December, when southern swells originating from deep Antarctic lows near New Zealand send consistent solid breaks along the South Coast.

During the summer (late November to April), the swells originate from low pressure systems that brew to the north/north-east of Vanuatu and, like Hawaii, this is when the surf breaks on Santo come into their own. In fact, one of the best surf breaks on the island is right on your doorstep!

Yes, Turtle Island has a great seasonal summer surf break and the wind  is often blowing the opposite direction to the swell. So clean and perfect – however the swell is not consistent (*Note – sometimes it also breaks in June/July). Turtle Island is situated directly in front of the house about 2 km out. You just have to have a sense of adventure to get to it! On a good day, you can see and hear the waves breaking from your balcony. How good is that…

The waves pump in from the NE and break on either end of the island, so both rights and lefts, generally around 2-5ft. As far as we know, only the occasional ex-pat tourist goes surfing on this break, the rest of the time it’s all yours! Surfing Vanuatu and Santo in particular is a very relaxed, uncrowded experience.

There’s no easy way to get to Turtle Island on Santo to go surfing – you can kayak out there on a sit on top with a board strapped to the back (but only if the swell isn’t huge as you wont be able to land on the island and only at mid-high tide as the reef surrounding the lagoon is too shallow to cross at low tide). Otherwise the best thing to do is go and talk to the management at Oyster Island and see if they can drop you off there by boat. Good luck!!

*NOTE – Turtle Island was recently sold to a private owner and has now been renamed Dany Island. The owner is developing the island into a day use area – click here for the facebook link . As a result he is asking that anyone visiting his island pay a fee of 1000vt per person (this includes children). You can give the money to the caretaker who lives there.