The Mysteries of Malekula – Cannibals, Coneheads and Giant Nambas 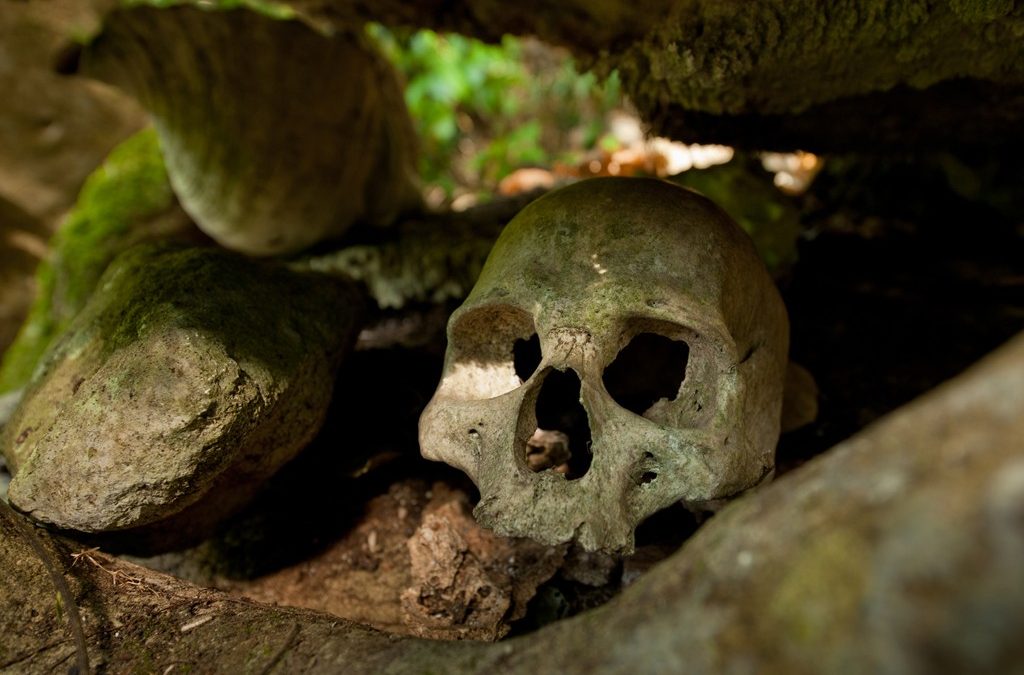 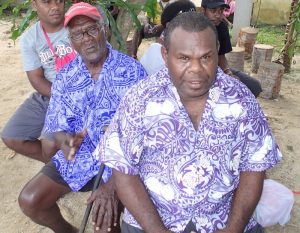 Willie Nimbwen and his 92 year old father Jimmy are from Malekula. They have some incredible stories to tell about their island  – secret cannibal sites still containing human skulls, the existence of strange coneheads and the rivalry between the Big Nambas and Small Nambas tribes that led to hundreds of years of on-going tribal warfare. Willie also just happens to be our driver/manager/guide for Turtle Bay Beach House and a great guy. So its hard to imagine that his distant cousins (quite possibly) killed and ate people. But that’s Vanuatu island culture for you..full of surprises.

Malekula is shaped like a sitting dog and is the second largest of the Vanuatu islands. It is located about 125km south of Espiritu Santo. Vanuatu Tourism & Malekula Travel market the destination as the “island of custom and adventure”. And for good reason. It’s one of the most culturally diverse islands in Vanuatu. In fact, it’s still possible today to visit tribes there that are living in full “kastom” –  performing traditional dances, songs and authentic circumcision and grade taking ceremonies – just like their ancestors did hundreds of years ago. 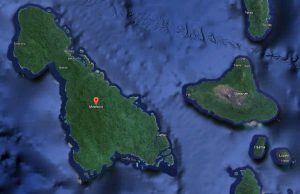 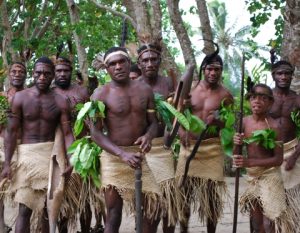 What the Hell is a Namba?

When Willie told me about the two different tribes living on his island I assumed (incorrectly) that the Big Nambas had more people (numbers? nambas?) than the Small Nambas. Willie looked at me with something approaching incredulity when I explained this to him and laughed.

A namba, he said, is a traditional penis sheath, a covering usually made from the young leaves of a banana or pandanus tree. It’s wrapped around the male member and then tucked into a kind of leaf waist belt (who knew!).

Talk about feelings of inadequacy for the men of the Small Nambas tribe. Maybe that’s why the tribal warfare went on for so long on – too much teasing about the size of eachother’s nambas…. 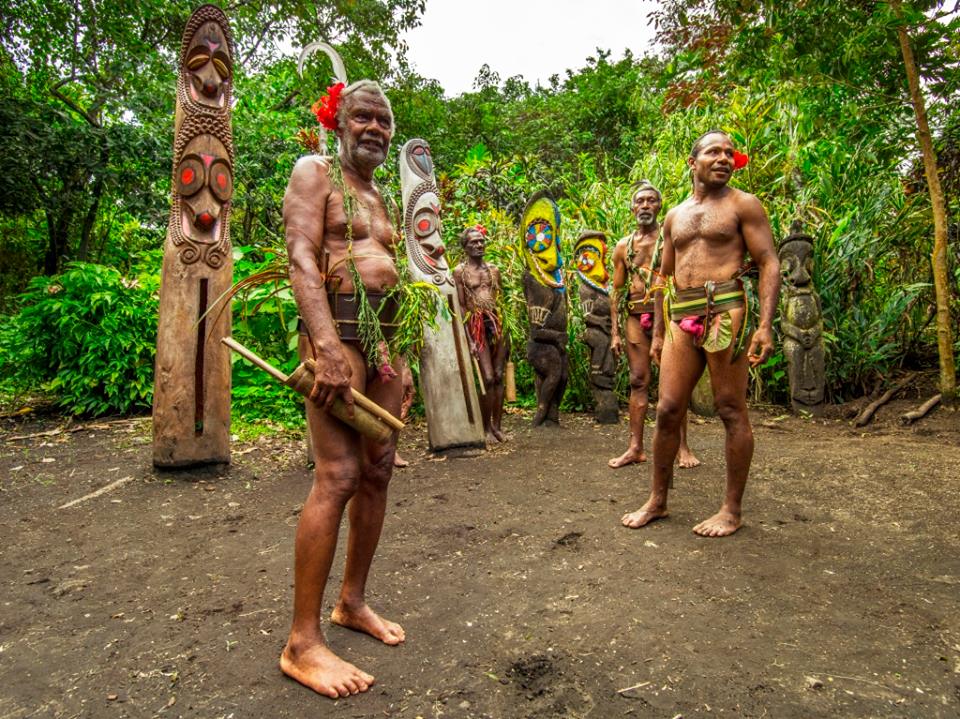 Anyway…..far from being self-conscious about walking around with nothing but a namba on to protect their dignity, both the Big Nambas and Small Nambas men living in “kastom’ villages on Malekula are proud of their penis sheaths and point out an excellent reason for wearing them.

“Kastom clothes make more sense than regular clothes,” said a small Nambas man “I don’t have to worry about when I can wash my clothes if they get dirty. If I have any problem, I throw my sheath away and get a new one.”

Makes perfect sense if you think about it! 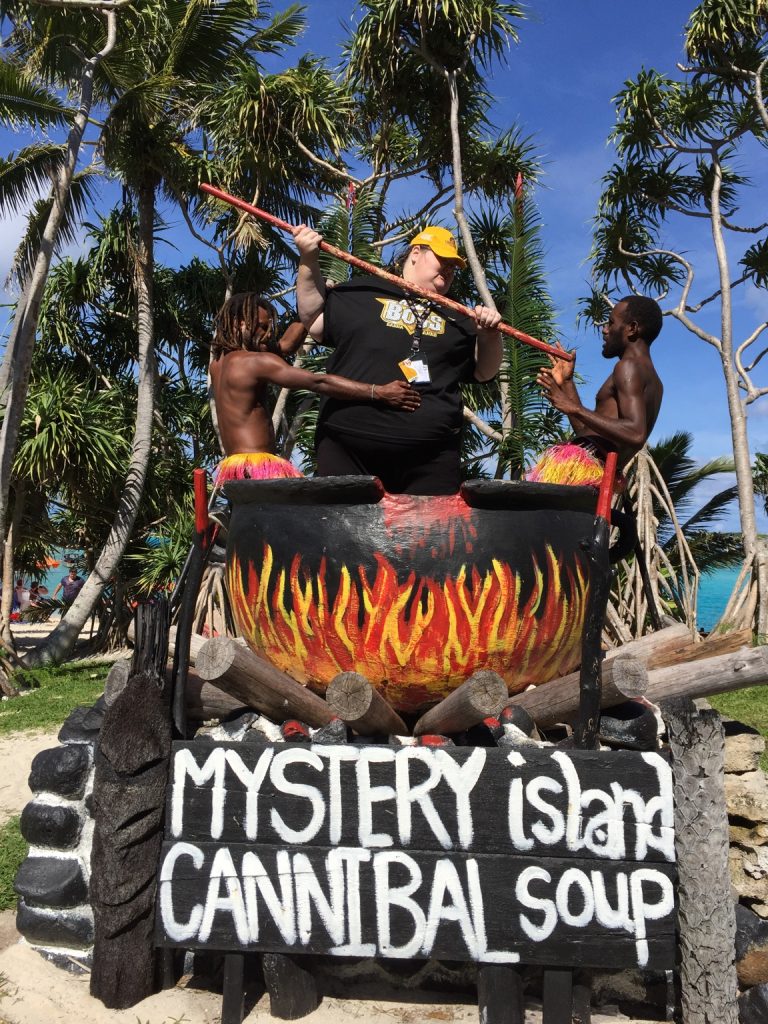 Malekula is renown throughout Vanautu as the island of cannibals (although truth be told, probably most islands practised this). Willie’s father Jimmy still remembers hearing stories of people cooking and eating each other when he was a young boy and knows of secret cannibal sites in the jungle where piles of human skulls lay half buried.

In fact, you can go to a village called Rano or a nearby site called Amelbati where Small Nambas guides are happy to take you on a cannibal tour and show you the “Kitchen site” – where victims were cut up, prepared and cooked. They are proud of their Vanuatu island culture even though they condone the past acts of cannibalism and violence.

Now if you do the math based on Jimmy’s age, you’ll conclude (like me) that this gruesome cannibal tradition must have continued to be practised until at least the 1920s – 30s …..right?

The last recorded act of cannibalism on Malekula island was, wait for it….1969 (yes, the same year Neil Armstrong landed on the moon). A 7th Day Adventist man went 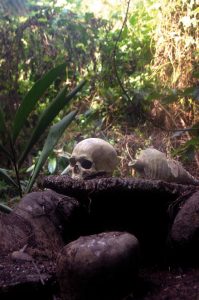 into a Big Nambas ground oven and was baked and eaten, just down the road from the local Police Station. Read the incredible story behind this event here (if you dare).

Reminds me of that really bad joke about the comedian that was invited to a cannibal village for dinner but his humour(ous) didn’t go down well (ba bam). After the meal someone remarked, “Mmmm, he tasted a little funny” (ba bam!).

Suffice to say that Malekula no longer practices cannibalism and many of its locals are kind, gentle people who have now converted to Christianity or are 7th Day Adventists (like Willie and his family).

Ok so let’s get back on track. Right, coneheads. Jimmy also told stories about seeing “Longfala Heds” when he was a young boy, local tribespeople with distinct, elongated skulls or coneheads. These tribespeople were considered to be more beautiful and of higher status than other members of the community thanks to their “close connection to the spirit world” and their “superior” intelligence. 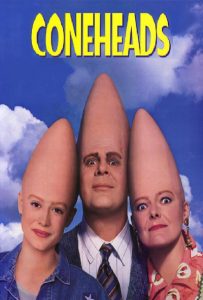 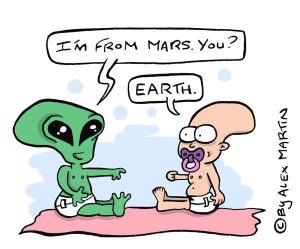 The UFO fanatics of the world claim these coneheads were the result of cross breeding with aliens (Mmmm, not even close!). It was actually due to an unusual cultural practice called headbinding. Here’s a short summary of the ritual as described by the Australian Museum:- 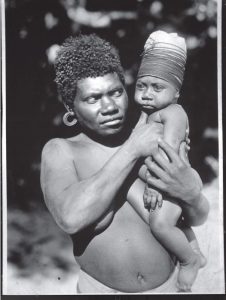 “Headbinding began approximately a month after birth. Each day the child’s head was smeared with burnt paste made from the Navanai-Molo nut (from the candle nut tree). This process softens the skin and prevents ‘binding rash’. The child’s head was then bound with Ne’Enbobosit, a soft bandage made from the inner bark of a type of banana tree. Over this was placed a No’onbat’ar (specially woven basket) made from Nibirip (pandanus) and this was bound around with the Ne’euwver (fibre rope). This process continued every day for approximately six months to produce the required shape.”

So when did this strange and unusual Vanuatu island culture & tradition die off? The shocking answer to that is, probably never. There’s some evidence that the practice still continues, especially in some of the custom tribes living in more remote areas (here’s a link to a video taken in 2004 on Malekula clearly showing Longfela Heds in the background – the string band and dancers are pretty damn cool too!).

So there you have it – cannibals, coneheads, custom and nambas, all on the one island in Vanuatu – who would have thought?

*Note – the best way to get to Malekula and experience their unique Vanuatu island culture is to fly to Espiritu Santo and then catch a short 15 min flight across to the island. While on Santo the best place to stay is, of course, Turtle Bay Beach House!

*Note – all photos courtesy of Malekula Travel & the Australian Museum