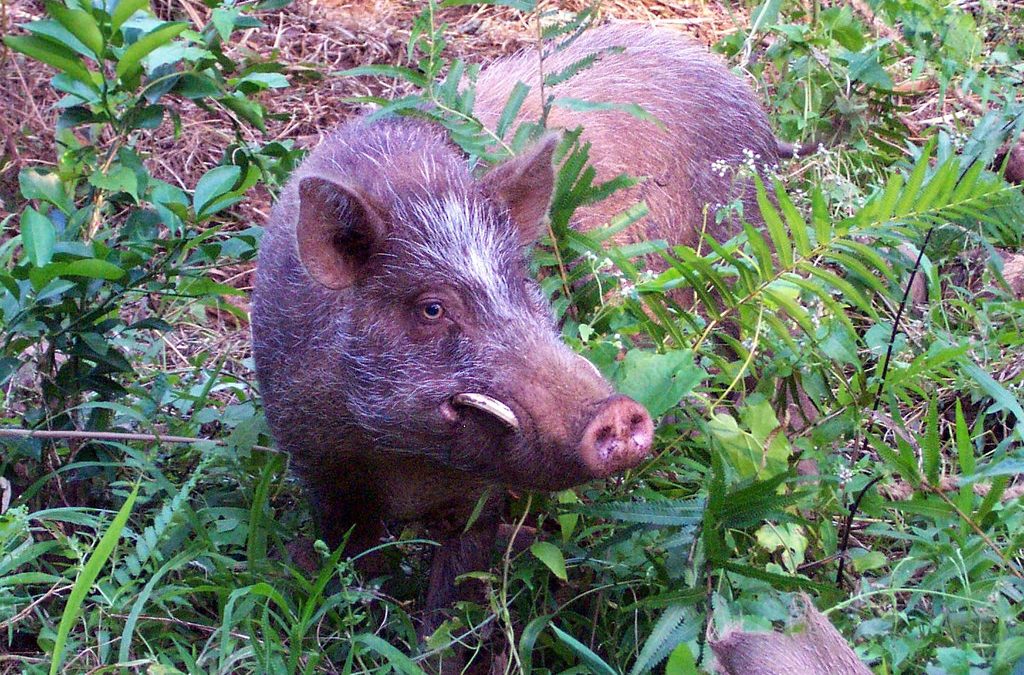 Pigs are a cultural currency in Vanuatu- your status in a village is often based on the pigs you own. But did you know Vanuatu’s sacred or kastom pigs also hold the secrets to world history hidden within their DNA? And that the most valued of the kastom pigs (the Rawe) is intersex – both male and female – and considered to be among the rarest pig breeds in the world?

There are two types of Vanuatu sacred pigs used in kastom ceremonies – the black Narave and the hairless Kapia. Scientists from the US and Australia compared the DNA of Vanuatu’s female pigs to those across Asia and Europe and discovered two amazing facts.

Firstly, the DNA of the black Narave pigs closely matches the DNA of pig breeds domesticated in Asia (in particular Taiwan and the northern Philippines) over 4000 years ago! Incredibly, this suggests that human colonisation of the Vanuatu islands started in Asia, not Papua New Guinea as once thought, and spread south at around this time (the expert seafarers obviously took their pigs with them on their sailing canoes!). 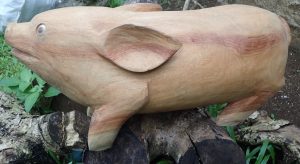 Secondly the DNA from the female Kapia pig perfectly matches the pig breeds of early European pig breeds (Berkshires and large black breeds). This suggest tribes on the islands must have traded goods and food for pigs with the early explorers and missionaries sailing to the islands from Europe during the 1700s and 1800s. This makes perfect sense given that early Vanuatu culture was centred almost entirely around pigs as a valued commodity (see here for more details).

The pig DNA story has since been confirmed by more 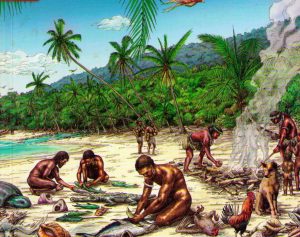 recent research (see here) looking at ancient human DNA in Vanuatu.  It seems that the “Lapita people” from Asia not only discovered and settled the uninhabited Vanuatu islands using sailing canoes around 3,500 – 4000 years ago but also Tonga, Samoa and Fiji as well (their descendants, the Polynesians, eventually went on to colonise the rest of the South Pacific including Hawaii!). It remains a mystery why the Melanesian people, who were living practically next door in Papua New Guinea for over 40,000 years, didn’t make any effort to discover these islands first! Apparently it took them another 1,000 years or more to follow in the Lapita people’s footsteps and make it out to Vanuatu and Fiji!

Finally, the third, and possibly most bizarre secret hidden inside the DNA of Vanuatu sacred pigs is centred around the Rawe  – a revered Narave intersex pig. Yes, believe it or not, this pig has both male and female sexual organs – an exceeding rare condition called male pseudohermaphroditism (say that 3 times fast!), It usually only occurs in 1 out of every 20,000 births and results in an adult pig with female external sexual organs and male internal sexual organs – in other words, tusks and teats! Somehow Vanuatu islanders managed to create a whole new breed of these highly prized pigs for kastom ceremonies by interbreeding them over thousands of years! Some can still be found on the more remote Vanuatu islands today, including Malo Island, just off Espiritu Santo.